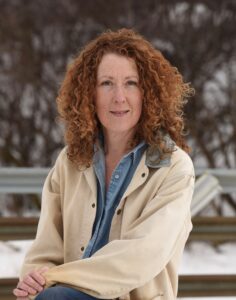 “Tracy Stone-Manning is a thoughtful and innovative leader who builds consensus by seeking bipartisan, collaborative solutions – whether it’s conserving and restoring our nation’s public lands, increasing access for hunting and fishing, or expanding opportunities for outdoor recreation in balance with wildlife conservation. As an avid hunter and backpacker, she will achieve a worthy path forward for public lands management so that our lands, waters and wildlife will thrive for future generations. Tracy’s nomination is good news for Colorado, and the entire nation,” said Suzanne O’Neill, executive director of the Colorado Wildlife Federation.

Stone-Manning joined the National Wildlife Federation in 2017 to lead its public lands program and was promoted last winter to senior advisor for conservation policy. Before joining the Federation, she served as Montana Governor Steve Bullock’s chief of staff, where she oversaw day-to-day operations of his cabinet and the state’s 11,000 employees. She stepped into that post after serving as the director of the state’s Department of Environmental Quality, overseeing the state’s water, air, mining and remediation programs. She served as a regional director and senior advisor to Senator Jon Tester during his first term, focusing on forestry issues. Early in her career, she led the Clark Fork Coalition, a regional conservation group, as it advocated successfully for Superfund cleanups that created thousands of jobs and revitalized a river. The group also co-owned and managed a cattle ranch in the heart of the Superfund site.

Raised in a big, Navy family — her dad commanded a submarine — she was guided into public service from childhood. She is a backpacker, hunter and singer, and has been married to the writer Richard Manning for 30 years. She lives in Missoula, Montana and holds a M.S. in Environmental Studies from the University of Montana and an B.A. from the University of Maryland. She started her career as an intern with the National Wildlife Federation in Washington, D.C., in 1987.