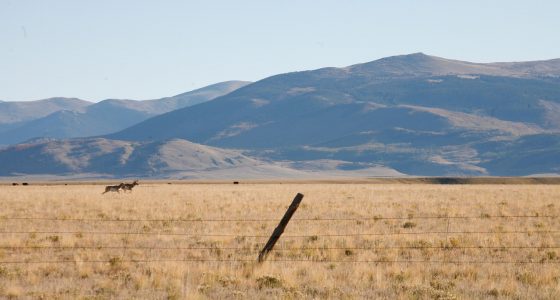 Our Focus of the draft plan (draft Environmental Impact Statement) is on South Park. We have worked with Park County and a large diverse array of interests for several years to safeguard the public lands that BLM manages in South Park. The South Park basin, consisting of nearly 1000 square miles, is unparalleled in Colorado. It thrives through a unique combination of natural treasures: its watershed, outdoor recreation including its prized gold medal steam fisheries, viewsheds, relatively undisturbed blocks of habitat for elk, deer, pronghorn, mountain plover and other wildlife, paleontological artifacts and ranching heritage. The draft is largely good for South Park, although a few tweaks are needed.

We will supply our comments for your information soon. For example, the preferred alternative would prohibit surface occupancy within 2,642 feet of Gold Medal streams, rivers and full reservoirs and within 1,312 feet of the South Platte River. It also recognizes the need to protect a significant portion of drinking water supplies for Denver and Aurora originating in South Park with reasonable setbacks and by prohibiting surface occupancy within 5 miles upstream of public water supply system infrastructure. Surface occupancy for future oil and gas development would be prohibited in the BLM area of Reinecker Ridge, which is vital undisturbed big game habitat and within one-quarter mile of state and local government-managed wildlife areas, parks and conservation easements. CWF hopes you will make written comment to BLM during the public comment period.

Previous
Back to Blog