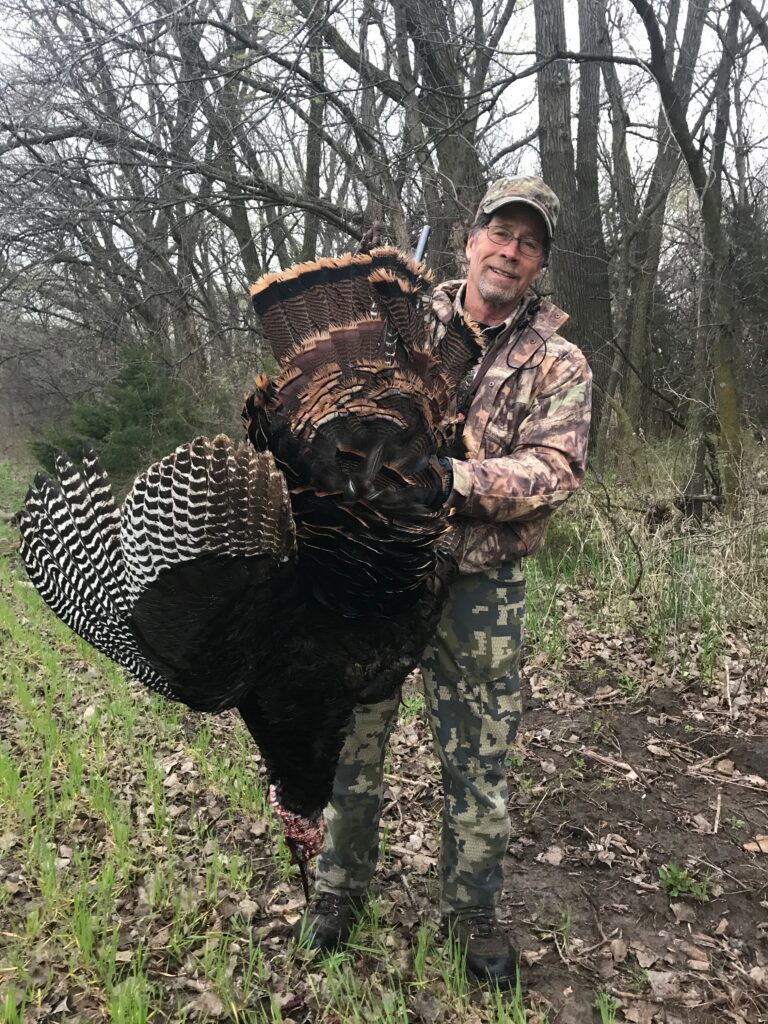 CWF honors our former chair of the board of directors, Kent Ingram, who passed away on August 28, 2020. Kent was a conservation force in Colorado and will be greatly missed.

Board Chair Robin Knox’s message to the CWF Board, morning of August 29

“It is with regret and sadness that I have to tell you that Kent Ingram passed away yesterday morning from melanoma cancer.  Kent worked tirelessly for decades to represent the concerns, opinions, and beliefs of Colorado hunters, anglers and conservationists whenever and wherever he could to try to affect common sense and wise use ideals into policy and regulation decisions. He loved to hunt and fish as we all know. He has left a large set of shoes to be filled by those of us on the CWF board. Kent remained positive about his situation, and involved with CWF, until the past two weeks, when his illness made it impossible.  His strength and determination should be an inspiration to us all.”

The quotes of August 28

“It is with great sadness that I must report that our good friend Kent Ingram passed away this morning. You may or may not know that he has been courageously fighting melanoma these last several months. In characteristic fashion he kept his positive attitude in this fight to the very end. To say that he will be missed is a gross understatement. He was a champion of the average sportsman and conservationists. His energy and devotion to both wildlife and sportsmen via the Colorado Wildlife Federation for many, many, many years has been a foundation of this organization. He leaves a huge hole in the conservation world. He also leaves a huge hole in me as a close friend and I suspect the same is the case with many of you.
R.I.P. my friend.”

“Another good friend and “giver” of himself to “All Things Wild” in Colorado has passed …. and all too soon

….. Kent Ingram, former Chairman of the Board of Colorado Wildlife Federation and a long-time board member lost his health battle this week amidst the arms of his family, of that I have little doubt. Kent was a doer …. on Not-For-Profit Boards you need doers …. and he was definitely in that category big time.  You might not agreed with all that he said and did ….. but the more you knew him the more you knew he had thought through a set of elements that were his guideposts regarding his passion for the “average” angler / hunter or wildlife enthusiast and he “knew” what he had to do.  He had to support them ….. And for at least 17 years he contributed directly to that cause with Colorado Wildlife Federation. We have all lost a little with his passing.

Kent was real, he was unique and he was genuine …..
There is a contemporary song by Thomas Rhett et al that kept playing today on the radio as I mull over Kent’s passing and I think it’s appropriate to say that I strongly believe he fit the message of the song so very well… “In a World Full of Hate Be a Light” …..
Rest in Peace Kent …. it’s time to rest …. you done good my friend, you done good.”

Bob Meulengracht, Vice Chair CWF Board, and his wife Krista —

“We have lost a great friend, sportsman and wildlife advocate.  Our thoughts and prayers are with Kent, his family and friends.  God speed, Kent!”

“I just heard the tragic news and wanted to reach out immediately to express my deepest sympathies for Kent’s passing this morning. Please pass our condolences on to Kent’s family and the whole CWF Board. This is a loss for so many, not least of which is all who value Colorado’s wildlife and natural values. Kent’s influence as an advocate and voice forwildlife is almost unparalleled during his tenure as CWF’s Board Chair, and his fingerprints are on many policies and actions that have made Colorado a better place for wildlife and for people.

I worked with Kent for the better part of a decade, first when I was helping manage hunting and fishing regulations with CPW, then in our work with the Federation. I can honestly say that Kent’s steady, but firm and well-informed advocacy helped to inspire me personally to move from government to advocacy, as I saw what a true advocate looked like. I will miss Kent, and commit to honoring his legacy by protecting wildlife in Colorado, and I will always strive to follow Kent’s example of what it means to be a good, honest person in this world. “

“How very sad to lose such a lion at such a young age. I know he’s roaring in the happy hunting grounds but his spirt in this world is already a great loss.”

I’m saddened to hear of Kent’s passing. He will be sorely missed.

“I will never forget all the great times we had hunting and fishing in Gunnison and Flaming Gorge. He was a true sportsman, always did things the right way. He will be greatly missed.”

“Kent is a giant of conservation and of Colorado Wildlife Federation and a good friend. After he retired, he enjoyed few things as much as the time he spent with his grandkids. He evenfound time for an occasional trip. I’m so sorry his retirement was shortened by this disease.My thoughts go out to his family and friends.”

“I helped getting him on the CWF Board, and we have been good friends since then.

I truly appreciated the leadership he gave while serving as president of the CWF Board for many years. You will not find a more dedicated conservationist. He will be missed by many organizations and conservation leaders. I salute him and his family.”

“Omg this breaks my heart.”

“I’m heartbroken. He was a good friend and incredible advocate. We hunted many times together.”

“I am so sad to hear that. He will be greatly missed.”

All of us anglers, hunters and environmentalists who ever worked with and/or enjoyed the outdoors with Kent held him in the highest respect. He had so many good friends and comrades. His strong advocacy for ethical sporting and fair play made him our contemporary Aldo Leopold.  He sometimes called me his (conservation hero) which I found very humbling coming from him. The feeling was certainly mutual. The amount of effort and devotion that he gave CWF and many other organizations certainly places him among Colorado’s all-time best conservation leaders. We all will miss him.

“I can recall many, many discussions over the years over the issues of the day. He usually would listen to input, but rarely changed his opinions. To say he will be missed is an understatement.

In a true sense, he is irreplaceable. I only hunted turkeys with him but enjoyed every trip, even to Kansas. Blessing to Linda and the family. God speed.”

“I’m shocked and saddened. Thank you so much for sharing this sad news.”

“This is terrible. My condolences to the family. He will be greatly missed and as you said has been such a pillar in all of our worlds for so long.  Tearing up here….”